Blues for the Homeless

The Brisbane Blues & Rhythm Festival returns in 2019 with all proceeds going to The Brisbane Youth Service who help homeless & disadvantaged young people in South East Queensland.

Along with 9 hours of world class music, there will be great food available from an assortment of food & coffee trucks. A signed Fender Jimi Hendrix Signature Stratocaster guitar & Marshall Origin 50 watt amplifier (valued at over $3,300) will be raffled with 100% of the proceeds going to The Brisbane Youth Service.

The 2019 lineup features some of the most diverse and talented blues and rhythm bands in Australia. Returning artists include crowd favourites The Hipshooters, a legendary blues band from NZ along with Vix & The Slick Chix a sensational 3 piece all female blues band from Queensland’s Sunshine Coast. 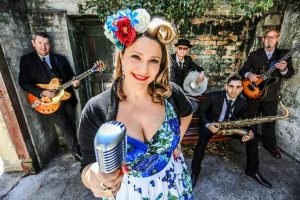 There are also several newcomers in the 2019 lineup: Dezzie D & The Stingrayz’ brand of 40’s/50’s brassy jump blues has led to them fast becoming one of Australia’s favourite live bands.

Blues Arcadia have been described as the “Best Damn Soul Music South of the Blues”. With a fresh, magnetic energy, every Blues Arcadia performance is full of passion, musicality & is guaranteed to be a crowd pleaser.

Headlining the Festival is The Steve Edmonds Band from Sydney who are legendary for always delivering a fantastic live set. Their high-energy brand of funky blues, roots/rock is in heavy demand all over Australia.

The 2019 Brisbane Blues & Rhythm Festival is going to be the gig of the year!

Organiser Craig Claxton was asked about the Festival

> What was the motivation to do the festival?

I had been thinking about staging a Brisbane Blues & Rhythm Festival to raise money to help the homeless for sometime. If you a lot of travel, especially internationally, you quickly realise how lucky we are to live in Australia. I feel very fortunate to be able to live & work here & wanted to do something to help people less fortunate.

I was inspired by Norm Harris who runs Norman’s Rare Guitars in Los Angeles. For many years, Norm has worked very closely with The Midnight Mission, a charity that provides basic necessities to the homeless across the Los Angeles region.

2018 was our first festival and everyone who attended agreed it was a great night. Guitar Brothers donated a Fender Stratocaster Electric guitar with the artists signed. That raffle raised $1500 for The Brisbane Youth Service who work with homeless & disadvantaged young people in South East Queensland.

This year we have a killer raffle prize worth over $3300. A Fender Jimi Hendrix Signature Stratocaster & 50 watt Marshall Valve amp.

> Why “Blues and Rhythm” as genres of music for the festival?

I decided to call our festival a Blues and Rhythm Festival to differentiate it from what is now called ‘R&B’. Mick Hadley educated me years ago that before old school R&B, the music we all love was called blues and rhythm.

The Brisbane Blues & Rhythm Festival 2019 is more than a straight ahead blues festival. There’s Soul, Swing, Texas Blues, British Blues. From blues shuffles with a back beat to boogie-woogie, modified rumba rhythms, and syncopated variations of eight-beat rhythm patterns that are the hallmark of rock ’n’ roll, and more. My main consideration is to keep the crowd entertained and interested by offering a diverse range of great entertaining bands.

> Apart from availability, what was the thinking in choosing the acts you did?

Once again I chose bands that I really like and that are crowd pleasing and also quite different from each other. Anyone coming along will get top shelf entertainment guaranteed.

Vix & The Slick Chix are a soulful 3 piece all female blues band from Queensland’s Sunshine Coast. These girls are amazing and are kicking goals all over the place.

The Hipshooters A returning crowd favourite ! They blew the roof off at last years festival with a killer set inspired by SRV and Texas Blues.

The next 4 bands are new to this years festival . Dezzie D & The Stingrayz bring 40’s & 50’s swing/jump blues to life with a great 3 piece horn section which complements their killer rhythm section. Top it off with BASEQ favourite Dezzie D out front guarantees a highly danceable, great time will be had by all.

My new band The Barbarians features some of my favourite musicians… I’m really looking forward to playing with local luminaries Tim Gaze & Brendan St Ledger and a fantastic rhythm section Kev Howard & John P. We’ll be playing some of my songs along with some new material.

Blues Arcadia are one of the most entertaining and original bands to come out of the local scene in recent memory. Their brand of blue eyed soul is top shelf. The musical interplay on stage is a joy to watch.

The Steve Edmonds Band caps off what will be the gig of the year! Hugely popular in Sydney, we are delighted to have Steve bring his blues show to Brisbane. 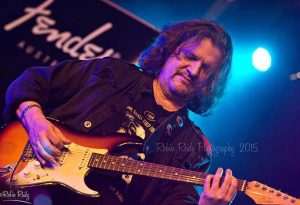