Lucky Lips ready for their Turnaround

Donna Hourigan and band have a followup to their debut EP, Talk the Talk. I had the opportunity to throw some questions to Donna about the new recording and how it all came about. 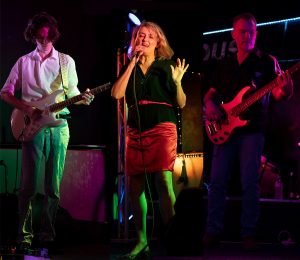 Congrats on your second release. The “followup” seems to be the hardest for artists to be satisfied with, while debut releases have been years in the gestation. Was there a theme or common ideas running through the songs?

As with our debut EP, Talk the Talk, the inspiration for this second album came from the rough and tumble of life, its affect on myself and those around me. So you could say the theme is – Life. Our record label is “True Stories” and that’s very much what we’re about. 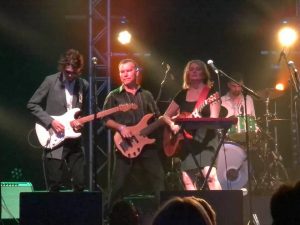 So following the old adage of “write what you know”? How did the songs come together? What was the writing process and who contributed to how the songs finally took shape?

It was all very instinctive. It seems to me that my subconscious processes ideas, does all of the hard work and then presents me with, in some cases, music and lyrics overnight. If I have to force a song, it usually doesn’t work and gets dropped. In some instances, a riff or a musical motif has inspired an entire song. I sometimes feel a bit like a sparrow that has hatched an eagle’s egg.

What sort of sound were you looking for?

In our promo’ material, we say “We have one foot in the blues, while the other flirts with funk, soul, jazz and RnB”. We let the song drive the sound, so the feel for each track developed organically. I’ve learnt to trust my gut. I also have complete trust in the band. They are incredibly talented musicians and the opportunity to workshop with them is a blessing. They bring a myriad of ideas and approaches; the songs simply would not “be” without them. 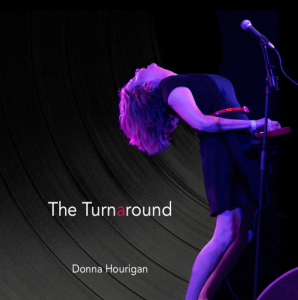 Where and how was it recorded and was it a difficult process?

It was self produced in our home studio with Joel (Hourigan) engineering. Joel and I produced guide tracks and then each vocal and instrument track was recorded separately. Joel then mixed and mastered the album.

It wasn’t difficult but we all learnt a great deal, and the benefit was being able to take our time and revisit songs, even once they were mixed.

What was your thinking with the finished product as far as presentation and visual design?

We are very lucky to have an excellent photographer, a big shout out to Holly McKinley, who captured a pretty dynamic live shot that formed the basis of our album cover. As soon as we saw it we knew it was what we wanted to go with. The title, “The Turnaround”, is a metaphor for change. We used a record image in the background because, let’s face it, vinyl is cool! 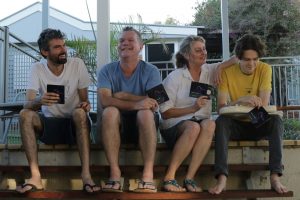 The Turnaround on their day off…

You have the CD launch coming up soon. So you’ve chosen a venue and organised a support act. How did that come together?

We were fortunate to be a part of the event “BASEQ Blues at The Triffid”. That established a relationship with the venue and gave us the opportunity to consider an album launch there. When it came to a support act, long time friends, Dezzie D and The Stingrayz were the obvious choice.

Second offering to the public now done. What’s next?

The next few months will be all about promoting “The Turnaround” both domestically and overseas; radio airplay, interviews and reviews. COVID-19 gave us the time and the opportunity to slow down and take stock. With this new album has come great change in the band, and for this reason we are leaving the “Lucky Lips” name behind. From the weekend of our album launch, we will be known as “Donna Hourigan and The Turnaround”. So you could say that this is a self titled album.

After a bit of a rest, I am sure it won’t be long before the creative muse comes knocking and songwriting comes to the fore again.

… and will be launching their new recording at The Triffid on Saturday 14th November, with special guests Dezzie D and the Stingrayz