Back in the Day… Introduction by Mick Power

Welcome to a new series titled “Back In The Day” as we go down memory lane in Brisbane, North / South Coast regions and give us some unusual info that happened in the day, covering from 1950 – to say 1980’s. 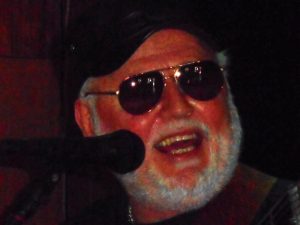 For those of you who do not know me, my name is Mick Power and I am one third of “The GrooveMasters”.  I grew up in Brisbane and from the mid 60’s I was involved in the music business here in South East Qld and in that time performed in many bands of the day and worked with some very fine musicians.

The subjects “Back In The Day” can be quite broad :- Bands and Musicians that you were involved with,  Booking Agents, John Hannay, Ivan Dayman, Festival Hall, Bill Potts etc… and then  the Moonlight State Corruption of the day and did that have an effect on the Brisbane Music Scene?

ut the days pre- Council inspections to find out the vermin level living happily in the kitchen and on the mixing desks in some of the finest dining restaurants and clubs in the city.  I can remember loading up outside “Sound Machine in George St late one night and thinking that’s a rather large cat in the laneway only to see in the light that it was a rat!  You get the idea!

On the technical side, buying Amps, Guitars, Drums, Keys etc… who gave you the best deal of the day…. Fords, Drouyn’s, maybe Nundah Music? Finally just one more “Cloudland “ now there’s a book !!!!!

So, if you think you have a tale to tell you can contact me on   powermans@optusnet.com   or  contact the BASEQ Editor on editor@baseq.org.au help get in touch. Remember that the final approval to go to print is up to the management at BASEQ.

Cheers,
Mick Power
And now to present our first episode in this series and a look “Back In The Day”with this guy who made a big impact from day one in QLD then, later on across Australia working with Doug Parkinson, then touring  Australia and the World with Jon English and Southern Sons.