Nominations are now open for the 2020 Australian Blues Music Awards – “The Chains”. Forms are attached. 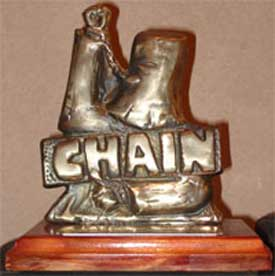 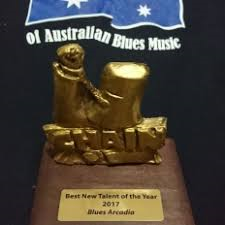 Named after Chain, the only blues band to have had a national number one hit in this country, the awards are based on recorded product only. Judging is done by panel of judges representing the various states and territories.

Winners are presented with a bronze coloured statuette modelled on the Chain logo of a defiant Ned Kelly figure breaking chain shackles.

The Awards were first presented in 1997 as achievement awards to Chain stalwarts, Phil Manning and Matt Taylor, Godfather of Australian Blues Dutch Tilders and Foreday Riders founders, the legendary Ron and Jeff King.

The Australian Blues Music Awards are now recognised as the industry’s most prestigious honour with nomination numbers growing exponentially since their inception.