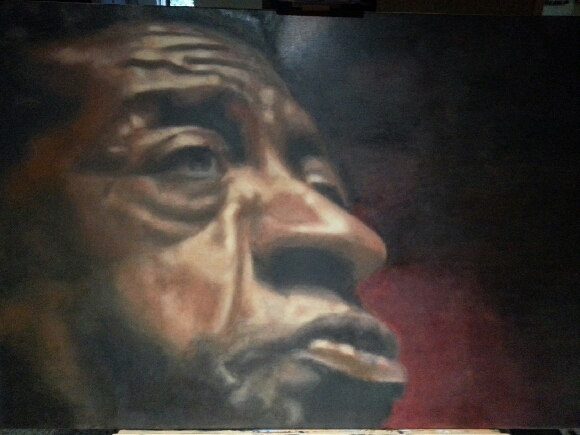 On Monday October 7, Labour Day in Queensland, the dust kicked up in the warm wind blowing gently outside the Royal Mail Hotel in Goodna, the old pub we fondly refer to as the Mail. The street was lined with the purple haze of jacaranda flowers as the intense heat of the day shimmered thickly from the road with all the promise of summer just around the corner. We had arrived to meet with others at the Wiley Reed Memorial event.

As we walked toward the front bar, people were spilling out onto the veranda, chattering and laughing animatedly. Inside, the pub was rolling along to a wave of classic Southern rock played out on the main stage by the Royal Mail House Band. Soon, jammers would flow smoothly on and off stage. This was no mean feat given it was one of the larger and busier jams to be held in Brisbane.

Thinking back over the years, there was something captivating about watching Wiley perform, and even though he had achieved huge success and played with some big named artists he was warmly generous and encouraging to musicians of all levels. I was lucky enough to sing alongside him a couple of times, but I didn’t know him well. My loss. I feel honoured to be able to share my thoughts from the Memorial Day with you. From what I did know of Wiley, and certainly from all the emotion in the pub that day, he was a rare soul that left an indelible mark on music and the people he played for, and played with.

One year on since he left us and many of Wiley’s vast “extended family” had turned out to celebrate he who shall never be forgotten. Heartfelt speeches to a loved one and mentor, an emotive a Capella dedication, and right on 4.30pm the room drew to a hush in one minute of silence for Wiley. A stirring tribute moved everyone in the house to raise their glasses and join together in song … knock, knock, knockin’ on Heaven’s door.

By the time members of Wiley’s band took to the stage the Mail was packed. The band wailed out blues tunes and the dance floor was jumping under the feet of an appreciative crowd.

The bright light from the blazing heat eventually faded to a sepia hue as dusk took over the late afternoon shift and still more jammers crammed the stage into the evening.

I glanced over at Andrew Café, the Mail’s publican. Andrew looked at me as if to say, “this is special”. I smiled back a nod to say “yes, it is”.

Whenever I’m at the Mail there is a strong feeling that Wiley’s spirit still visits and no more so than on that day. Pan across to see Cath Butler’s painting of the man himself looking on from his piano … and I’m pretty sure that just for a moment I could see him break into a huge wide grin and sing along with us all.

Here’s cheers to you Wiley.